I guess you’re wondering why I’m writing you after all these years… especially as you’re, well, a dog.  Let’s compound that with the fact you can’t read, don’t have and computer… and let’s face it… you’ve been dead since April of 2011.  OK this just a little bit weird… just saying!

So anyway, I’m writing because I’m starting out on a 2 month road trip and of all of the living beings I’ve know you were, bar none, the best road trip companion I ever had.  You were always totally chill, never bitched about the music, never whined about the long hours, you didn’t have to stop for bio-breaks every 15 minutes, never complained about the snack selection but most importantly… you were always game!!!  No matter where we stopped, you were up for an adventure.  I miss that! 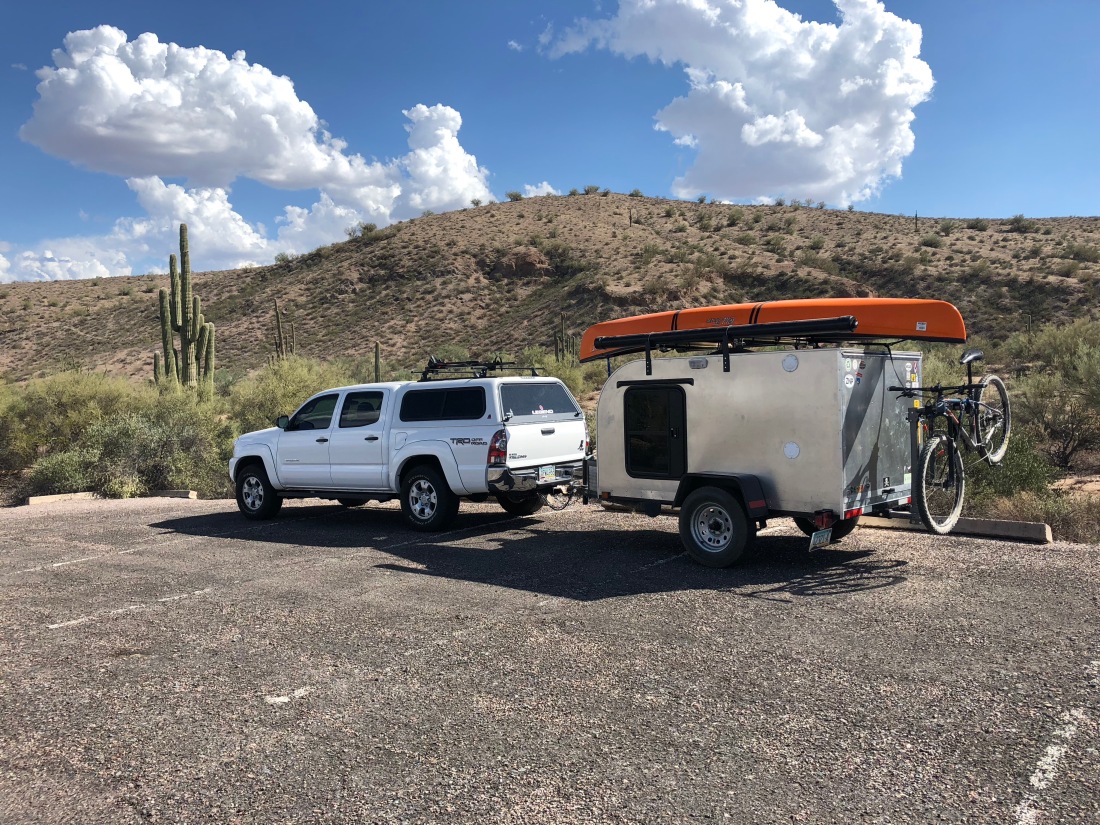 So Hannah, this is the rig I’ll be living in for a while.  The trailer is 5X8 and homemade!! The living quarters are about the size of a queen sized bed so I know we both would fit.  Full disclosure, you were a bed hog!   I have no idea how a 65 lb dog could become 8 feet long and 1000lbs just by jumping on a bed… but you managed it.  I’m sure if you were along on this trip I’d wake up jammed into a corner every morning. More on this later. 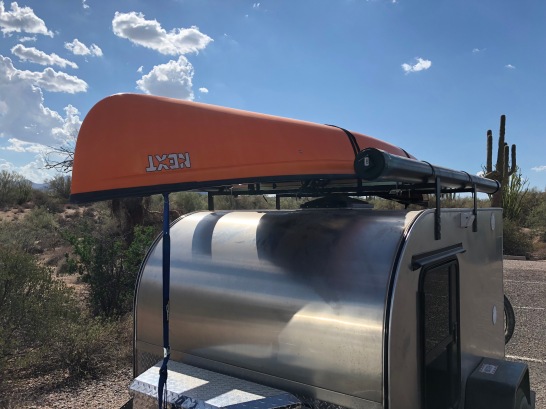 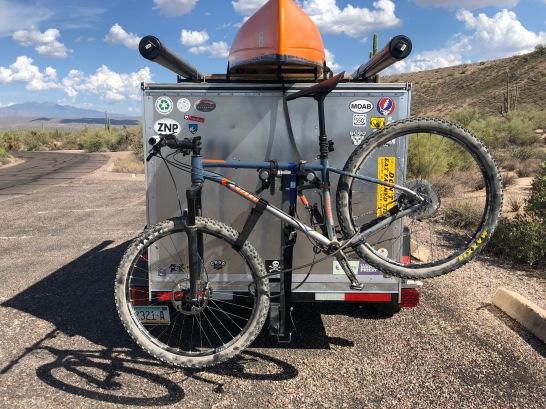 I’m bringing a mountain bike, a solo canoe, some hiking stuff  and a few fishing poles…and that’s about it. bike is a Nine Sir9, 29er with 1X11 gears and a brooks saddle.  Very comfy trail bike, not as light as my old race bikes but then… I’m older, fatter and outer of shaper then I was a few years ago.  I’ve put this bike through it’s paces and I’m really happy with it!

The canoe is an Old Town Next.  They call it a hybrid between a kayak and canoe so I’ll go with that.  Honestly I’ve only had it out twice but I really like it!  I built a new thwart with added cup holder and fishing pole holder.  This should be a nice little fishing boat… But more on that later too. 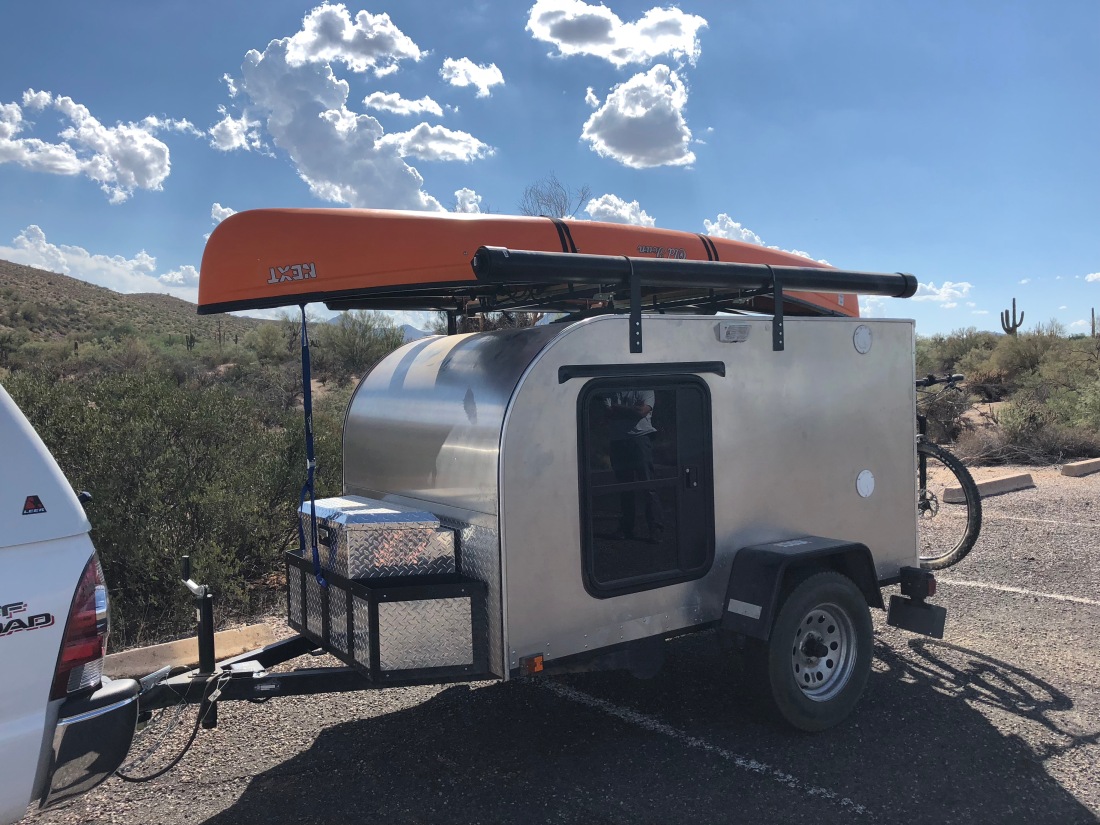 At present I don’t really have a destination in mind.  I’ve made it as far as Show Low AZ for the first night to visit mom.  It’s nice up here in the high country as you may remember.  Cooler weather, cleaner air and for some reason… bunnies all over the place (furry rabbit type).  I think tomorrow I’ll head north to Mesa Verde and then most likely to Canyonlands NP, both places have some great hikes and MTB trails.

Well Hannah, I’m going to sign off for the evening.  It’s been a long day and I’m going to relax and visitor a while… more later.