So I got up pretty early and headed northish from Show Low, swinging through Petrified Forest National Park. I picked up an annual NP pass that will basically pay for itself by the time get out of Utah. PFNP for me represents the “bigness” of the Southwest in general. Sure there are big chunks of petrified wood laying around, along with a bunch of cool gem and mineral deposits. And yes, it’s really important the way this area tells it’s pieces of our geologic history… blah blah blah… BUT THE VIEWS ARE SO BIG! It’s hard to describe in words, or even capture in pictures. 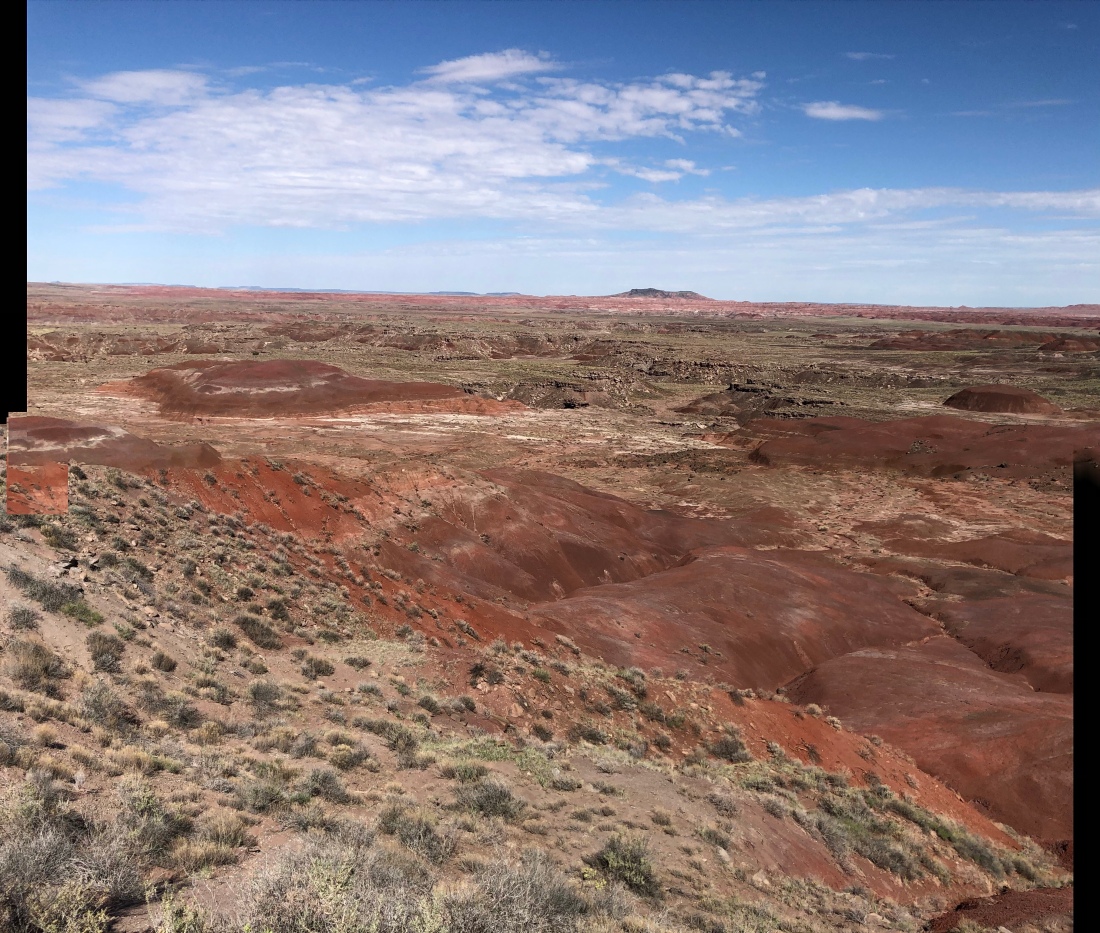 I basically stuck to the 191 the headed through four corners. Not much to get in the way of the view out there. Miles of rocks and rock formations with barely more than an occasional scrubby little sage brush, barely hanging on by its toenails, just to remind you that you aren’t actually driving across the moon. The land looks so incredibly inhospitable at times, sunbaked and intolerant. Although I really enjoyed the hours of endless scenery from right out of every western movie i ever saw as a kid. I’m really glad I’m camped where there are green things and water. Im pretty near Mesa Verde National Park… which I shall explore tomorrow. Oh… I had to set up in the rain! That was fun👍.

I’m back Hannah, i had to cook some food. It’s nice and quiet now, just crickets and frogs… and things that go bump in the night. There are still a bunch of chubby clouds running around, but when the stars shine through the sky is amazing!! Its nice to be able to spend the bulk of the day looking at things that are really far away. It’s like yoga for your eyeballs or something.

2 thoughts on “North! To someplace not hot!”

Join 41 other subscribers
Follow Letters to my dog… on WordPress.com